The first fictional satellite achieved orbit in 1869. See how spaceflight was imagined through the lens of science-fiction pioneer and American prodigy of letters Edward Everett Hale in his story, “The Brick Moon.”

His idea of space-launch might sound somewhat juvenile to a 21st-century ear, but Edward Everett Hale deserves credit for imagining the incredible in 1869 and sending the first fictional satellite into space.

Released in serial segments in The Atlantic Monthly, Hale’s “The Brick Moon” bears historical significance as the first story to conceptualize placing an object in orbit, and offers a look into the literature predating and inspiring our true space pioneers.

Read on to learn the story (you can read it for free here).

A statue of Edward Everett Hale stands in the Boston Public Garden, commemorating the writer who was also a vocal abolitionist and longtime Unitarian minister, a man who emphasized the importance of serving others.

HOW THE MOON ROSE

"It must stand fire well, very well. Iron will not answer.
It must be brick; we must have a Brick Moon."

The story starts in college where the narrator claims, "most good things begin." The idea for the Brick Moon comes to a group of close friends discussing a mechanism for more accurately telling longitude.

According to their initial plan, the moon could be sent into a regular orbit along the prime meridian. Sailors would calculate their longitude based off the brick moon's celestial position at a given time and place, much the same way they use the North Star to figure latitude. 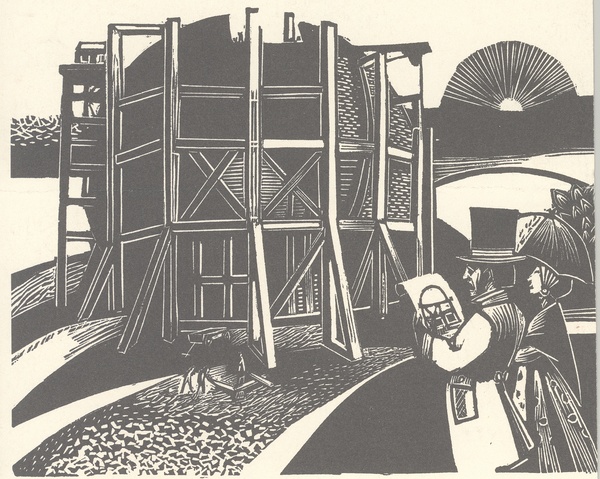 The moon, they planned, would be a rough sphere 200 feet in diameter. It would be constructed of brick so as to stand up to the heat of air-friction resulting from its ascent through the atmosphere.

Since the story was written before the emergence of modern rocketry, the author needed to devise some ingenious or fantastic method for getting a hulking mass of brick off the ground. Hale's launch mechanism is a little of both.

To achieve orbit, the moon is situated to roll down a slope towards a pair of massive water-powered flywheels storing energy over months and months; when it contacts the edges of both flywheels at once, it is shot upwards into space. (If you're familiar with sports equipment, it's a similar concept to what we see in a JUGS machine.)

17 years after they envision it, the friends—who've all found careers, some modest, some more successful—resolve on building the moon. Raising funds and committing their own, they begin on the project, their families coming with them to a large plot of land ideally suited to the logistics of their plan.

Hale emphasizes the joy they experience; all find fulfillment in the work. When the enormous globe of bricks is ready, it will roll down its prescribed path, touch the great spinning flywheels, and find its orbit.

". . . the gentle slide of the MOON had not wakened them, the flight upward had been as easy as it was rapid, the change from one centre of gravity to another had of course been slow,—and they had actually slept through the whole."

The interior of the Brick Moon is not solid brick, but rather a hollow space through which smaller hollow brick spheres are arrayed and interconnected. This structure is meant to provide maximum support with minimal added weight. There are a total 13 'moonlets' clustered within the moon. 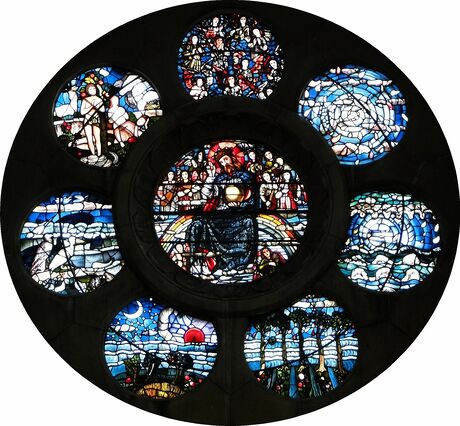 Visualize a cross-section of the Brick Moon: "Any section through any diameter looked like an immense rose-window, of six circles grouped round a seventh." (Note: the above image is seven circles around an eighth, but the concept holds.)

Over the winter, several of the families working on the moon decide to abandon their wood cabins to live inside the moonlets where it's warmer. Construction on the Brick Moon nears completion. But as it does, a natural accident causes the foundation of the moon's platform to sink six inches, and this is enough to start the moon rolling down its launch-path.

When the story's narrator comes to the scene, expecting to find the moon completed and ready for take-off, he finds nothing but the evidence of its accidental launch. The families who dwelt inside—around 40 people—are all gone, presumably fired into orbit.

There follows a period of distress, during which the narrator searches the heavens fruitlessly for the brick moon, sure his friends have all perished. When he finally spies it through his telescope, he's surprised to see figures moving on its surface. These are in fact the families that were launched aboard the moon. 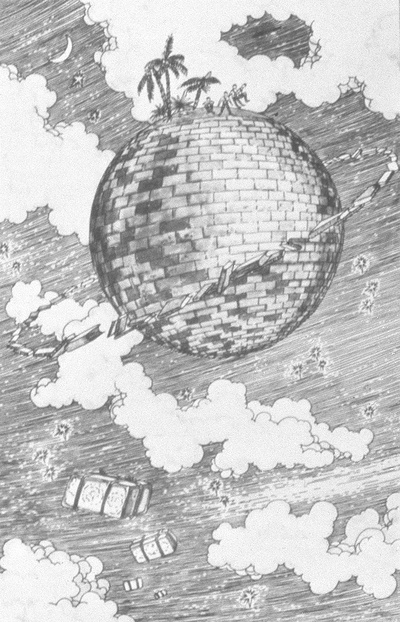 There's some pseudo-science and plenty of outright magic that makes life livable on the surface of the Brick Moon.

For instance, our Brick Lunarians are in fact alive at 5,109 miles above the Earth's surface. That's in the Exosphere, the final layer of Earth's atmosphere, essentially outer space. On their 200-foot diameter moon, they can stroll from summer to winter whenever they choose. They create their own soil and cultivate as much food as they and their animals need. Evolution on the Brick Moon for some reason happens at blinding speed, and it's never clear why.

We learn all this through the correspondence between the narrator and his Lunarian friends. On each side, observers with telescopes interpret the visual signals the other gives them. On the moon, they communicate by jumping and hopping in synchronization to spell words in Morse Code. From the Earth, they spell letters on the ground in black cambric cloth.

Much of this story is preposterous given what we now know about space, but it's not random or irrational. Though the author needed to invent much of the means and theory behind his plot, the cogency of the narrative lends it a realism that is meaningful, if not scientifically plausible.

WHAT MATTERS ABOUT A BRICK MOON

"I returned to the cure of souls and to healing the hurt of my people. On observation days somebody runs down to No. 9, and by means of Shubael communicates with B.M. We love them, and they love us all the same."

The Brick Lunarians are set eternally apart, stranded in orbit on their satellite home. What's more, the orbit is not as desired, and the Brick Moon proves useless for calculating longitude.

Communication between the two groups slows in frequency and passion. The narrator moves on with his life, the Lunarians with theirs—they celebrate marriages, enjoy feasts, observe religious devotions, write books. Hale doesn't frame this all as a tragedy. Instead, the story ends with a contemplation of what ideal human society means:

While the technical aspects of the story hold no real significance, "The Brick Moon" has ballast as an introduction to the human-made satellite, illustrating the concept of placing our own tools in orbit. Stories like this enter the zeitgeist, become the air breathed by young imaginers who grow into inventors, educators, engineers. These are the people who later lead us into space. 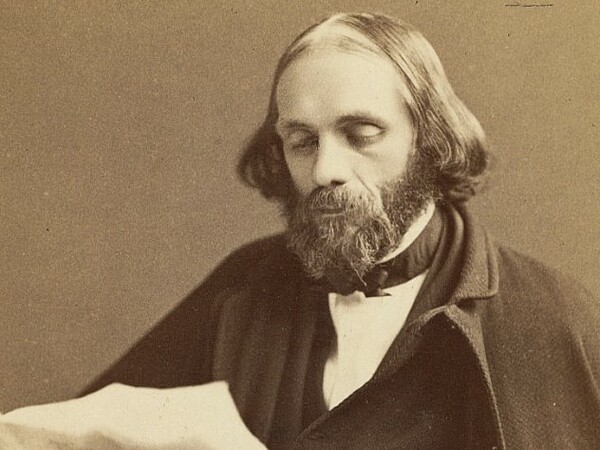 Edward Everett Hale, around the year 1870.